Raptors, storks and passerines on migration, plus key resident birds inland and on the coast.

More raptors migrate across the Straits of Gibraltar annually than at any other site in Europe. Counts suggest upwards of 200,000 pass between July and November, plus over 100,000 White Stork and all of Western Europe's Black Storks. A daily stream of thousands filter southwards through Spain, with concentrations in different places according to the weather. If this is unsuitable for passage, birds continue to funnel into the area each day until there may be 10,000 individuals waiting to cross the Straits.

During this exciting holiday we watch spectacular migration from a variety of viewpoints, which we visit according to prevailing weather conditions and raptor movement. Connecting with bird movements is not straightforward, good local knowledge is vital to ensure we have the best experience. There may also be significant passerine migration during our visit, and as an additional focus, we also take time to find key local resident birds rare or unknown elsewhere in Europe.

This is a real feast of birds in a warm and inviting Mediterranean environment. Many of the local Spanish towns are unspoilt “pueblos blancos”, and we spend time investigating areas away from the main tourist ‘costas’. We are based in two centres, Zahara de Los Atunes, a small fishing town on the Costa de la Luz north of Tarifa, and Huerte Grande, south of Algeciras, in two lovely family run hotels which we know very well.

Day 1: Sat 3 September 2022  Arrival and Transfer to Zahara de los Atunes
After relaxing in our complimentary VIP Airport Lounge, we fly to Malaga where our guide Sergi will greet us. We will bird en-route to our hotel, stopping at viewpoints between Algeciras and Tarifa to see raptors crossing the Straits, perhaps including Egyptian Vulture, Sparrowhawk, Booted and Short-toed Eagle, European Honey Buzzard and maybe also Black Stork. Rarer migrants, such as Rüppell's Vulture can be identified flying with the numerous Griffon Vulture in the area. Overnight in Zahara de los Atunes for four nights.

Day 2: Sun 4 September   Raptor Watchpoints and the Barbate Marshes
We drive to raptor watchpoints, the road leading to Tarifa providing some of the best places to see thousands of birds on active migration. Flocks of Honey Buzzard, Black Kite and White Stork may be seen, and depending on winds we may see hundreds of Booted and Short-toed Eagles waiting to cross the Straits, while smaller numbers of Black Stork and Egyptian Vulture use the same route to fly south. En-route we may stop to see Little Owl, Thekla Lark and Blue Rock Thrush, and also to taste local melon by the roadside. After lunch we head to the Barbate Marshes, where depending on the tides birding can be spectacular, with flocks of waders including Spotted Redshank, Caspian and Little Tern and several gull species.

Day 3: Mon 5 September   Dona National Park
An early morning breakfast, followed by a drive to the edge of Dona National Park in the southeast boundary of the Guadalquivir River. The salt pans of San Lucar hold a good concentration of waders, raptors and Slender-billed Gull, and in the nearby natural lakes we will search for two of the most emblematic and sought-after birds of the Western Palearctic, White-headed Duck and Marbled Duck. Other possible birds include Wryneck and Iberian Shrike. After a typical 'tapas' lunch we head to the Medina lagoon, which holds one of the highest concentrations of White-headed Duck in the area, among other ducks and passerines.

Day 4: Tue 6 September   Zahara de los Atunes and Algeciras Watchpoints
We take a pre-breakfast walk by the beach in front of our hotel, where Audouin's Gull, Sanderling, Kentish Plover and Marsh Harrier are regular visitors. After breakfast we drive to Algeciras stopping at several raptor watchpoints, this road providing some of the best places to see thousands of birds on active migration. Flocks of Honey Buzzard, Black Kite and White Stork are some of the species that should be seen, and depending on winds we can have hundreds of Booted and Short-toed Eagles waiting to cross the Straits of Gibraltar, while smaller numbers of Black Stork and Egyptian Vulture use the same route to fly southwards. After lunch we will visit the Camarinal Lighthouse, an excellent watchpoint for sea birds such as Cory's Shearwater, rare Little Shearwater, Audouin's Gull and Sandwich Tern, and also an excellent place for rarities such as Little or White–rumped Swift.

Day 5: Wed 7 September   La Janda
After breakfast we head to the plain of La Janda, just to the northwest, an excellent site for raptors, wetland birds and passerines. This is the best place to see Black-shouldered Kite and juvenile Bonelli´s and Golden Eagle, and Lanner Falcon or Pallid Harrier have been recorded. Many other species, including Montagu’s Harrier, Rufous Bush Chat, European Bee-eater and Red-rumped Swallow, Spanish Sparrow and Turtle Dove will now be on the move. This area is excellent for juvenile eagles, which patrol it as an “easy” hunting spot, due to the reintroduction of Pheasant and Red Legged Partridge. After lunch in a local restaurant where we will enjoy typical Spanish “tapas”, we drive to Tarifa watchpoints to enjoy the migration experience once more. Overnight Huerta Grande for three nights.

Day 6: Thu 8 September   Los Alcornocales Natural Park
Pre breakfast walk in search of difficult-to-find Hawfinch. After breakfast, we visit the forest of Los Alcornocales Natural Park, which houses a wide variety of passerines and supports a strong community of raptors. Among the more interesting species we should mention Firecrest, Crested Tit, Western Bonelli's Warbler, Serin, Woodlark, Woodchat Shrike, Short-toed Treecreeper and Sardinian Warbler. Afterwards we continue to Los Barrios, where there are good chances of observing Osprey, Golden and Bonelli's Eagle and many vultures, storks and kites.

Day 7: Fri 9 September   Los Lances Beach and Algeciras Watchpoints
On these day we concentrate on the hottest sites for migration. After breakfast we head to Los Lances beach, one of the best places to see waders on migration as well as different species of gulls and terns. Among a range of commoner species we look for regular rarities such as Lesser Crested Tern or perhaps Dotterel which use this reserve during their autumn migration. The road leading to Algeciras provides some of the best places to see thousands of birds on active migration, and again we may see flocks of Honey Buzzard, Black Kite and White Stork, plus Booted and Short-toed Eagle, while smaller numbers of Black Stork and Egyptian Vulture use the same route to fly  southwards.

Day 8: Sat 10 September   Departure
Pre breakfast birding around the hotel gardens, where Hawfinch, Red-necked Nightjar, Crested Tit and Firecrest are possible. After breakfast we drive to Malaga Airport to take our flight back home.

Accommodation: is in two comfortable rural hotels with all rooms en suite.
Food: Breakfast is typical of Spain, consisting of a roll with jam and cheese. Fruit juice and tea or coffee is also available. Picnic lunches will include a variety of local produce plus soft drinks, and we also enjoy tapas-style restaurant meals on some days. Evening meals are generally local dishes, which are very good but sometimes simple. Food is usually plentiful. Vegetarian and other diets are welcome.
Walking: The holiday is not strenuous, and walking is generally easy, on paths and tracks. Most birding is done close to our vehicle, and even on the longest walks we are never far from the minibuses, should anyone wish to go back.
Weather: Typically, temperatures will range from 10C in the early morning to perhaps 25C in the heat of the day. Sunshine should be plentiful, but wind, cloud and rain are very possible. Cold weather, with temperatures as low as 5C, are rare but possible.
Insects: Biting insects are not expected but we are near wetlands at times. You might wish to bring insect repellent as a precaution only.
Group: size is restricted to 7 clients per guide, 12 clients maximum.
Flights: are by scheduled airline, from London Gatwick. We may be able to offer flight arrangements from another airport and/or or quote without flights so you can make your own arrangements. If you wish to add an extension either before or after your holiday, please contact us and we will be happy to arrange this for you.

John Muddeman - lives in the mountains near Madrid, and has led numerous birding tours throughout Spain. A very experienced Leader with over 300 group tours worldwide to his name, John began birding and guiding in Andalucia soon after moving to Spain in 1997. He has usually guided the Straits of Gibraltar and surrounding area several times annually in each of the past 20 years, especially during the exciting migration seasons. John also has a keen interest in the field identification and conservation of reptiles and amphibians, dragonflies, butterflies and moths, mammals and flora. Author of "A birdwatching guide to Extremadura" in 2000, John is an honorary member of the regional guiding association, GUIDEX. 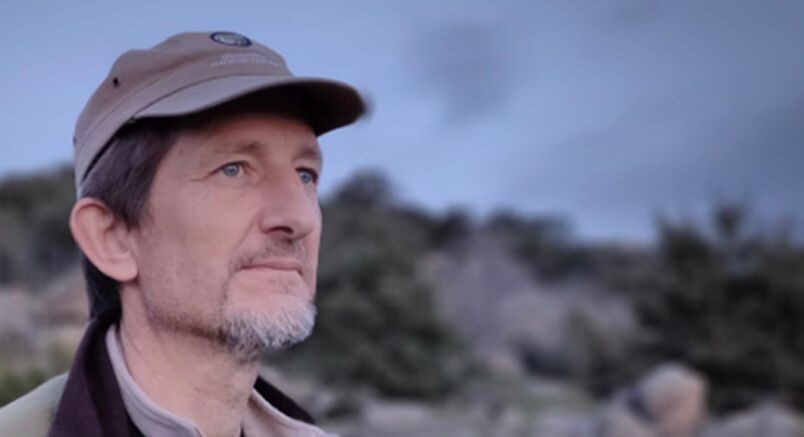 Sergi Sales - is an outstanding birder, specialising in the birds of Spain,  the Ebro Delta and steppe areas of his native Catalonia. Able to readily identify virtually everything he sees or hears, Sergi is a fount of knowledge about birding in his native country and a valuable addition to our holiday team. 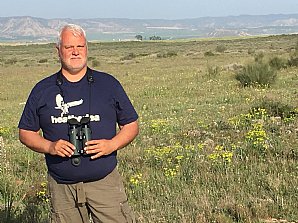 Other birding and wildlife holidays in Spain