Great spring birding from the Bulgarian mountains to Lake Kerkini

A new ten-day birding tour that combines the highest mountains of Southwestern Bulgaria and the wetlands of Northern Greece, including famous Lake Kerkini and the Axios Delta. The timing of this trip and the sheer range of habitats covered give us the chance to record somewhere between 180 - 200 species; a very good birdlist with many eastern species, not easy at all in Europe!

The tour will be split roughly equally between Bulgaria and Greece. The mountains of Bulgaria give us a chance to explore subalpine and woodland meadows, unspoiled coniferous and beech forests, and the river valleys that drain water from the highest mountains of the Balkans to Northern Greece and the Aegean Sea. One of the main targets here will be to see most European woodpecker species (all breed here except Iberian Green), plus mountain specialities Hazel Grouse, Pygmy Owl, Spotted Nutcracker, Alpine Chough, Wallcreeper and Shore Lark. Birding in the lowlands and the river valleys of Southwestern Bulgaria should produce good views of Short-toed Eagle, Long-legged Buzzard, Griffon Vulture, Calandra Lark, Isabelline Wheatear, Black-headed Bunting, Common Rock Sparrow, Sombre Tit and other exciting birds.

2022 pricing will be confirmed as soon as possible. Please use 2021 prices as a reasonable guide.

Day 1: Sat 8 May - Arrival in Sofia and the Rila Mountains
After relaxing in our complimentary VIP Airport Lounge, we fly to Sofia Airport early afternoon and transfer to the eastern part of the Rila Mountains. Depending on time we may stop on the way at Besapari Hills, a limestone and mostly treeless area, in the foot of the Western Rhodope Mountains, with typical continental steppe vegetation, where we will look for Long-legged Buzzard, Montagu's Harrier, Stone Curlew, Bee-eater, Hoopoe, Calandra Lark, Greater Short-toed Lark, Tawny Pipit, Isabelline Wheatear, Black-headed Bunting and more. Overnight in Yundola area - a mountain pass between the Western Rhodope and Rila Mountain ranges.

Day 2: Sun 9 May - Rila Mountains
We spend the morning exploring the coniferous forests and mountain meadows of Eastern Rila Mountains, between Belmeken Reservoir and Yundola Pass. Part of this area is within Rila National Park, established to preserve the unique biodiversity of the highest mountain range on the Balkan peninsula. Our targets here include Pygmy Owl, Hazel Grouse, Black and Grey-headed Woodpecker, Nutcracker, Ring Ouzel (ssp. alpestris), Rufous-tailed Rock Thrush, Water Pipit, Whinchat, Crested Tit, Willow Tit, Firecrest and Serin. The afternoon will be dedicated to pristine coniferous forests in the core of the Western Rhodopes, where we will continue to search for species of the morning, plus Corncrake and Three-toed Woodpecker. Later we transfer to the Trigrad area in the Western Rhodopes, where we stay for two nights.

Day 3: Mon 10 May - Trigrad Gorge
Today we visit various sites and habitats including magnificent Trigrad Gorge, a canyon of vertical marble rocks that encloses the Trigrad River, which plunges into the Devil's Throat Cave and emerges half a kilometre further as a large karst spring. This gorge holds one the most sought-after European birds, Wallcreeper. With luck we will find a nesting pair close to the bottom of the gorge to maximise our chances. There are plenty of other birds here too, including Alpine Swift, Pallid Swift, Crag Martin, Black Stork, Peregrine, Dipper, Lesser Whitethroat, Black Redstart and Rock Bunting. We will also explore the conifer forests and meadows in the area, looking for Honey Buzzard, Black and Grey-headed Woodpecker, Corncrake, Ring Ouzel, Crested Tit, Willow Tit, Firecrest, Goldcrest and Ortolan Bunting. We have good chances to see Balkan Chamois here.

Day 4: Tue 11 May - Transfer to Greece and Falakro Mountain
In the morning we transfer to Falakro mountain in Northern Greece. 'Falakro' means 'Bald Mountain', and as it name suggests, its summit is treeless. The road takes us to a ski centre at 1700m where we walk around the mountain meadows, looking for Rufous-tailed Rock Thrush, Alpine Chough, Shore Lark and Tree Pipit amongst others. Another transfer in the afternoon takes us to the Nestos Delta wetlands, where our main target will be Spur-winged Plover, and we also look for Greater Flamingo, Little Tern, Black-winged Stilt, Kentish Plover and many species of migratory wader. Accommodation in the vicinity of the marvellous Nestos Gorge is for two nights, and birds around the hotel include Syrian Woodpecker, Eurasian Scops and Little Owl and Eastern Olivaceous Warbler.

Day 6: Thu 13 May - Nestos Gorge and Axios Delta
In the morning we have a short walk along the spectacular Nestos Gorge. The 20km gorge provides excellent conditions for breeding birds including Middle Spotted Woodpecker, Western Rock Nuthatch, Blue Rock Thrush, Black-eared Wheatear (ssp. melanoleuca), Eastern Subalpine Warbler, Cirl Bunting, and many raptors including Levant Sparrowhawk. Later we transfer to Kalohori Lagoons in the vicinity of Thessaloniki. This is part of the Axios Delta National Park, and is an excellent site for waders, gulls and terns. Our targets here include Greater Flamingo, Stone Curlew, Marsh, Curlew and Broad-billed Sandpiper, Little and Temminck's Stint, Slender-billed Gull, Caspian and Whiskered Tern and many commoner migratory waterbirds. At the end of the day we transfer north to Lake Kerkini, where we stay for two nights.

Day 7: Fri 14 May - Lake Kerkini
Nestled picturesquely between two separate mountain ranges, Lake Kerkini is one of the true jewels of European birding and the core of a relatively unexplored nature reserve full of biological diversity, in a beautiful location where riverside forests and fantastic panoramic views from the mountains of Belasitsa and Krousia give the area a characteristic atmosphere. The combination of wildfowl, good weather for a large part of the year and a virtually traffic-free track around the lake make it ideal for birding and photography. We spend the whole day around the lake, including a boat trip which will take us close to breeding colonies pelicans, cormorants, herons and egrets. Throughout the day we may expect to see Dalmatian and White Pelican, Pygmy Cormorant, Ferruginous Duck, Little Bittern, Purple and Squacco Heron, Glossy Ibis, Black Kite, Golden, Booted & Lesser Spotted Eagle, Levant Sparrowhawk, Eagle Owl and Owl, European Bee-eater, Lesser Grey and Masked Shrike, Penduline Tit, Western Rock Nuthatch, Sombre Tit, Rose-coloured Starling and many more.

Day 8: Sat 15 May   Return to Bulgaria via the Kresna Gorge
Today we transfer back to Bulgaria via the Rupite area and Kresna Gorge, where we look for Griffon Vulture, Short-toed Eagle, Levant Sparrowhawk, Roller, Middle Spotted Woodpecker, Calandra Lark, Tawny Pipit, Common Rock Sparrow, Blue Rock Thrush, Black-eared Wheatear, Semi-collared Flycatcher, Hawfinch and more. At the end of the day we return to Bulgarian capital Sofia for two nights.

Day 10: Mon 17 May - Departure
Transfer to Sofia Airport for departure, with possible stops on the way for birding, if the departure flight time allows.

Accommodation: is in comfortable hotels with all rooms en suite.

Food: Breakfast is typical of Bulgaria, consisting of rolls with jam, cheese and cold meats. Cooked eggs are usually available too. Fruit juice and tea or coffee is also available. Picnic lunches will include a variety of local produce plus soft drinks, though most days we expect to either return to our hotel or a nearby taverna for meals. Lunches are usually a soup or salad followed by a main dish. Evening meals are generally local and traditional dishes, with a three course dinner of soup, salad, main dish and a dessert. Food is usually plentiful. Vegetarian and other diets are welcome - our Bulgarian guide will ensure all requirements are met.

Daily routine: There will be an optional pre-breakfast walk most mornings, checking the hotel grounds and local parks. After breakfast we will head out birding, breaking for a long and leisurely lunch before heading out again in the afternoon, usually returning around 6pm. The pace is slow, and if it is warm we always seek out shade.

Walking: The holiday is not strenuous, and walking is generally easy, on paths and tracks. Most birding is done close to our vehicle, and even on the longest walks we are never far from the minibuses, should anyone wish to go back.

Telescopes: With busy wetlands and steep gorges and overhead raptors as features of this holiday, a telescope would be useful. Your Heatherlea guide and local guide will have telescopes available for your viewing but to make the most of the busy hotspots a scope would be advantageous

Weather: Typically, temperatures will range from 12C/54F in the early morning to perhaps 30C/90F in the heat of the day. Sunshine should be plentiful, but wind, cloud and rain are very possible. Cold weather, with temperatures as low as 5C/40F, are rare but possible. Poor weather is actually desirable at times to slow or stop migration - this can lead to falls or waves of migrants dropping in. Wall to wall sunshine is lovely - but many birds will fly high overhead!

Insects: Biting insects are not normally a problem, but we are birding close to lots of wetlands so a good insect repellent is recommended, just in case. Ticks can be a problem in Eastern Europe - but our local guide will keep us away from any likely areas.

Flights: are by scheduled airline, from London. We may be able to offer flight arrangements from another airport and/or or quote without flights so you can make your own arrangements. If you wish to add an extension either before or after your holiday, please contact us and we will be happy to arrange this for you.

Photo credits: Many thanks to Dimiter Georgiev, Mladen Vasilev, Chavdar Nikolov and Simeon Gigov for the use of their excellent photographs.

Toby Green:  Heatherlea guide Toby Green is a very experienced and dedicated birder with a great sense of humour. Toby is very much looking forward to your company on this holiday. 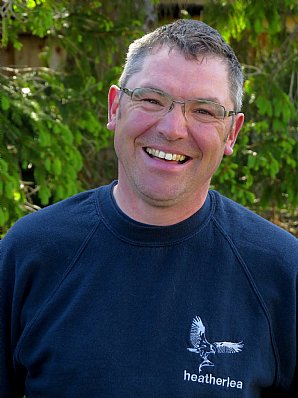 Other birding and wildlife holidays in Greece

Other birding and wildlife holidays in Bulgaria