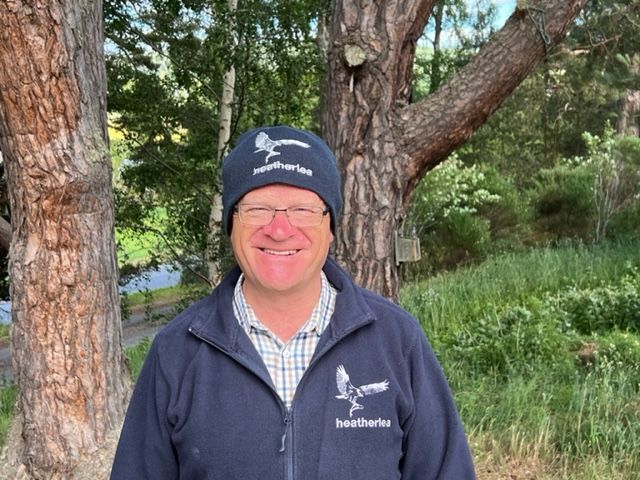 A newcomer to the Heatherlea team in 2022, James has been birding since he was a toddler. His father would show him pictures of birds (usually on Brooke Bond tea cards) and teach him the names – one of his first words was “Hutnatch” (Nuthatch slightly altered!).

Since those early years, James has been hooked on learning about birds, and his teaching and guiding jobs have taken him all over the world, allowing him to build up a life list of over 4,000 species. Coming from a long line of entomologists, James is also a great butterfly and dragonfly fan, and he regularly travels in search of these, as well as birds.

James first started guiding in 1995, and has led many groups around Scotland, not only for birding but also on walking and even whisky tours! He has also guided in Cornwall, as well as in Japan, China, and in India, where he is a frequent visitor, his grandfather having been the first person to photograph tigers in the wild, and the first to campaign for their protection.

Having lived abroad for most of the past twenty years, James is delighted to be back on home territory guiding for Heatherlea, and he is much enjoying rediscovering the wildlife highlights of Scotland. He loves showing the special birds and wildlife of the area to the guests, and his enthusiasm and teaching skills enable him to pass on his knowledge in an engaging and positive way.

We are delighted to welcome James to our team!