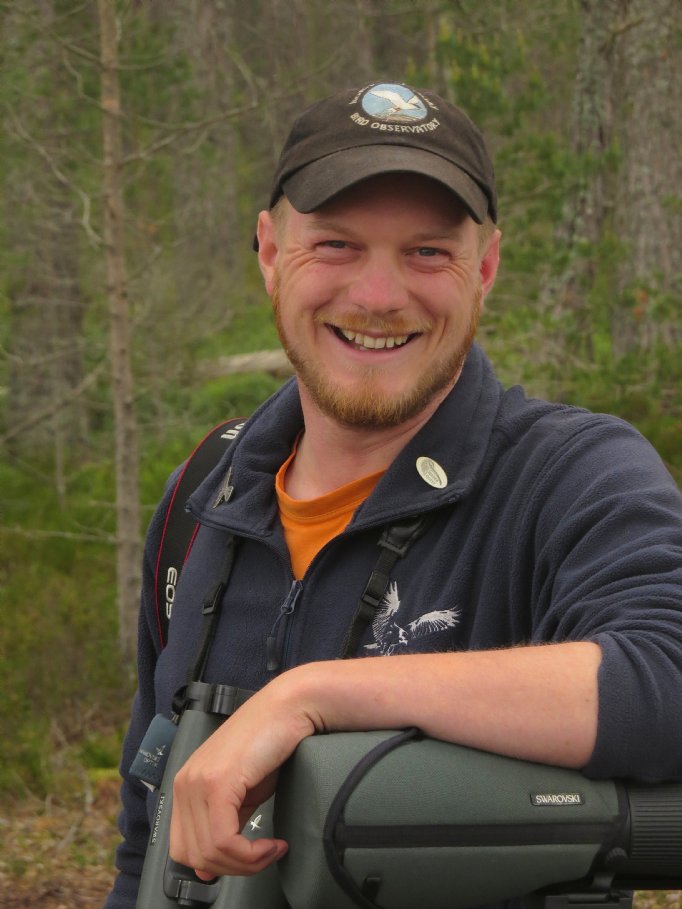 Scott is an enthusiastic and avid birder and general naturalist, and much of his time and holidays are devoted to his passion. He has accumulated a great deal of birding knowledge and experience throughout the Highlands, and has explored all of Scotland's main island groups several times, with a particular love of the Uists and Orkney Isles. A Heatherlea Guide since 2015, Scott is a highly experienced and capable Tour Leader, with expertise in Europe, the Americas and Africa to add to his extensive Scottish knowledge.

Scott grew up in Montrose on the east coast of Scotland, and was introduced to nature from an early age, exploring the beaches and rocky shorelines of Montrose Basin throughout his childhood, when his main interests were invertebrates and the finding of agates and semi-precious stones.

He completed his BSc Countryside Management at the Scottish Agricultural College and continued into conservation work on Local and National Nature Reserves both north and south of the border, for a number of conservation bodies and local authorities.

Scott has completed bird and protected mammal surveys across Angus, Highland Perthshire and the South of Scotland. He also works as a Teacher Naturalist for the Scottish Wildlife Trust, leading groups of all ages and abilities in environmental education.