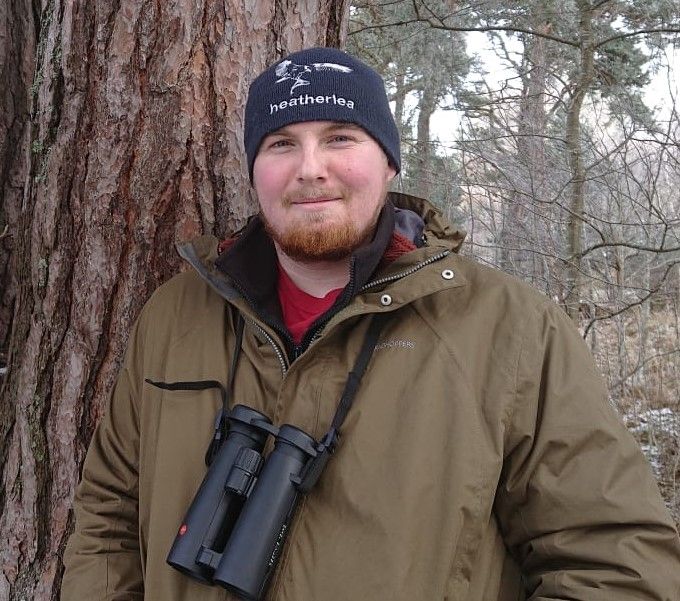 George began birding as a boy on his home patch in the Somerset Levels, and also built building knowledge in Cornwall and at Portland Bill.

After leaving school George found his way to North Ronaldsay to live and work at the bird observatory. Soon becoming an accomplished birder, George has turned up many rarities for the UK including Eastern Yellow Wagtail, Dusky Warbler and White-rumped Sandpiper to name a few! George is a qualified bird ringer, and has birded many locations in the Western Palearctic, so is accustomed to seeing birds that would be considered rare in the UK.

Away from birds George is a big football fan, supporting Bristol City and going regularly since 1999 to matches all over the world.

George joined Heatherlea in 2019 as a Guide, and has already become a firm favourite with our clients, as his ID and photographic skills are matched by his enthusiasm in the field!